Air Force Ranks in Nigeria 2023 –  Hierarchy can be present in every aspect of our daily lives, and hence man can never be without hierarchical thinking. This is why we live in a classed society; everyone belongs to one of several classes. Are you aware that the NAF has its hierarchy-based Rank?

This article will provide a comprehensive guide to the Nigerian Air Force Ranks and Hierarchy. Take your time and read everything. In current usage, NAF Ranks is a title symbol that denotes a soldier’s or officer’s relative status in the military hierarchy.

Observers of Nigerian military affairs may have noticed over the years, particularly in the 1960s, that positions can be further qualified by terms such as ‘Acting’ Brigadier, ‘Temporary’ Major, ‘Substantive’ Lt. Colonel, ‘Local’ Captain, and so on.

A substantive rank, such as S/Major, is a legally recognized permanent position with fair pay and benefits.

An officer with an acting rank receives the income and benefits of that Rank for a limited time but can be reverted to his previous Rank by order at any time.

During the civil war, some NCOs and Officers were given not just acting ranks but also higher Local ranks, which were temporary like the acting ranks but theoretically unpaid, to carry out operations in specific places (or to replace officer casualties).

What Are The Nigerian Air Force Ranks?

What is the Strength of the Nigerian Air Force?

What are the Functions of the Nigerian Air Force 2023?

The Nigerian Air Force is formed as a tactical Air Force to carry out;

The Nigerian Air Force has a set of functions incorporated in its constitutions as a military force. These are some functions:

An act of Parliament formally constituted the Nigerian Air Force (NAF) in 1964 after two years of secret preparations. The Ethiopian, Canadian, Indian, and German Air Forces were in charge of initial training and military acculturation.

It employed Army-style ranks until 1976. It now uses Royal Air Force rank titles, with slight changes. The current ‘harmonized’ NAF rank structure is as follows (from the bottom up): www.naf.gov.ng 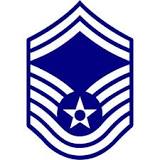 Air Force Ranks In Nigeria 2023: However, you will find this information on Air Force Ranks in Nigeria useful. Why don’t you share it with your friends using the share button on this site?

You can also sign up to be notified when new information on this topic becomes available.